If there is any real art specific to lapstrake construction it may be found in the execution of bevels and gains. Unlike carvel or batten seam planking, there are no band-aids that will make up for shoddy workmanship. In other words, no cotton or oakum caulking. Well that isn’t exactly true. You can use flexible caulking in lapstrake construction. I refer to goo in a tube. We pigheaded craftspeople would consider that cheating though. The very pragmatic Scandinavians traditionally would put a strand of string soaked in pine tar into the laps of their lapstrake craft and would even shape the lap to accommodate that. That might be due to the fact that their boats were designed to flex allot. Maybe regular laps couldn’t put up with that.

Full confession. I have used caulking when I wanted a boat that would require no “taking up” as we call the process of dry wood absorbing water to swell the joints.

Lapstrake boats by their nature are intended to be used in situation where the boats sit dry most of the time but they all leak a drop to start with. We will be using some caulking on just this plank lap because the plywood, being sealed with epoxy won’t have the ability to swell.

The art of cutting these bevels and gains is really just paying attention to your actions and checking your work as you go. If you “over bevel” your lap, it isn’t the end of the world. You will have to fix it by tweaking the edge of the next plank to compensate which requires a little more attention to detail than just staying on top of your work to start with.

In traditional dory construction, both laps are beveled. This is done to reduce the projection of the lap because in the fisheries dories were stacked on deck, nested into each other. Exposed plank edges would just get shredded in handling.

Gains in traditional dory construction are just a continuation of the lap bevel, but brought to a feather edge so they lay smooth at the stem and transom. See the drawings below of traditional dory details.

In our dory, we are using standard lapstrake planking laps and what I refer to as “rolling gains”. This means we create a ramped channel or rabbet (rabet, rebate) that twists along its length, resulting in the plank ends laying flush with each other. In this type of gain the installed plank gets the channel cut into it as you’ll see, and the next plank to be installed gets a small bevel removed from one edge to correspond with that channel.

A “flat gain” differs from the rolling gain in that all the shaping happens on the installed plank, and the channel or ramp doesn’t twist.

There is a third variation called the “shiplap gain”. This is just like the flat gain except we cut a channel into both planks to half their thickness. There is no specific advantage to this gain so it is rarely used. See the photos below for an example of it.

So why use one rather than the other? Well the flat gain leaves a weak spot where that ramp tapers to nothing which means that there is a small chance of the plank deciding to start splitting along that line. I use the flat gain when adhesives are involved such as in glued lapstrake planking. The flat gain gives you a little more meat on the outer plank so if you wanted to bury and plug your hood end fasteners, this might be a good choice.

I mostly fasten hood ends with annular nails (ring nails, anchor-fast nails). These put the smallest hole in the most delicate part of your plank and offer the best holding surface that doesn’t create a wedging action like a flathead screw will do. The downside…they are a royal bitch to get out cleanly.  So don’t screw them up. 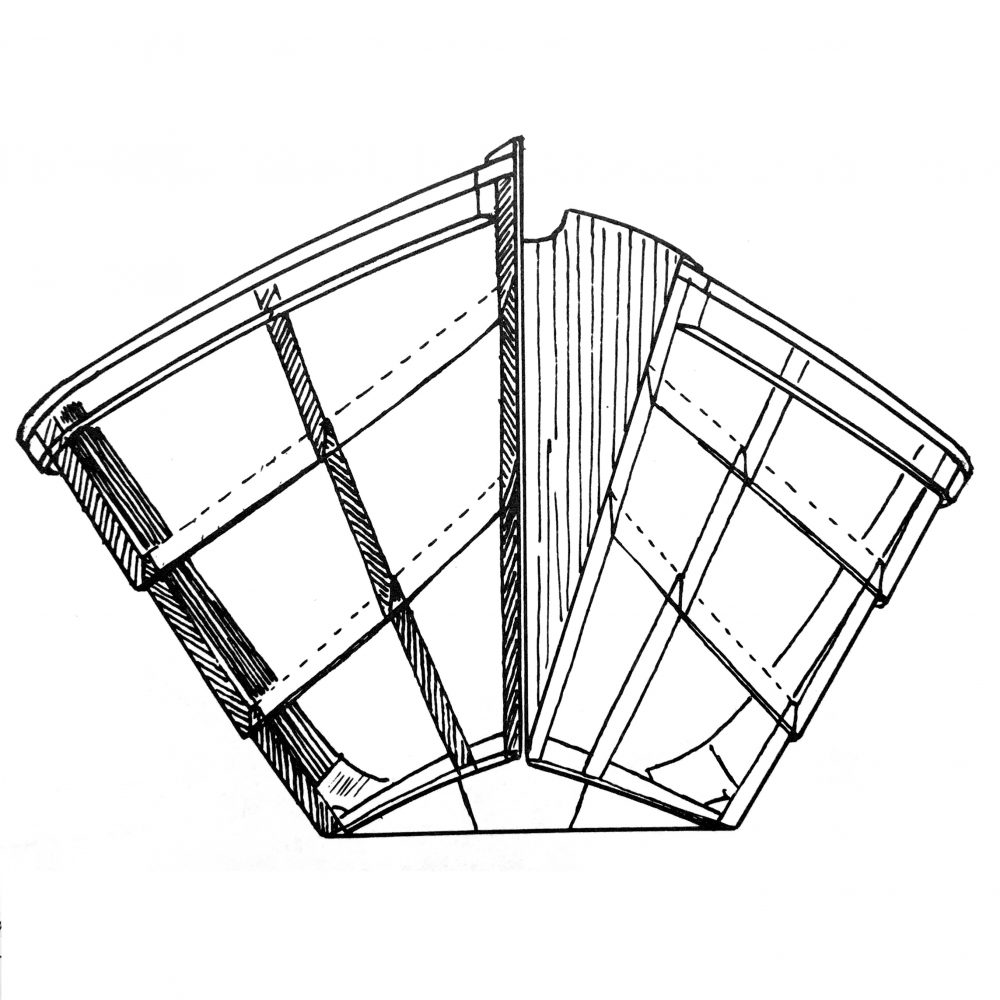 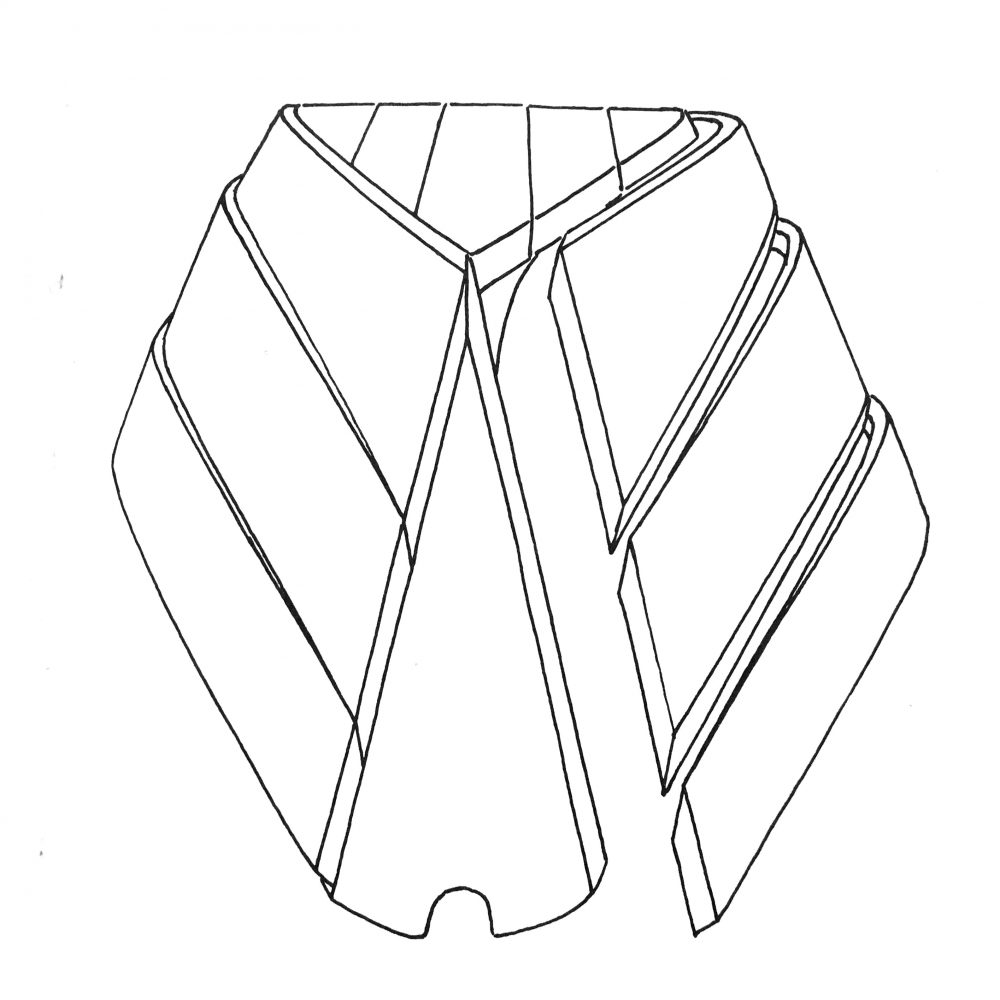 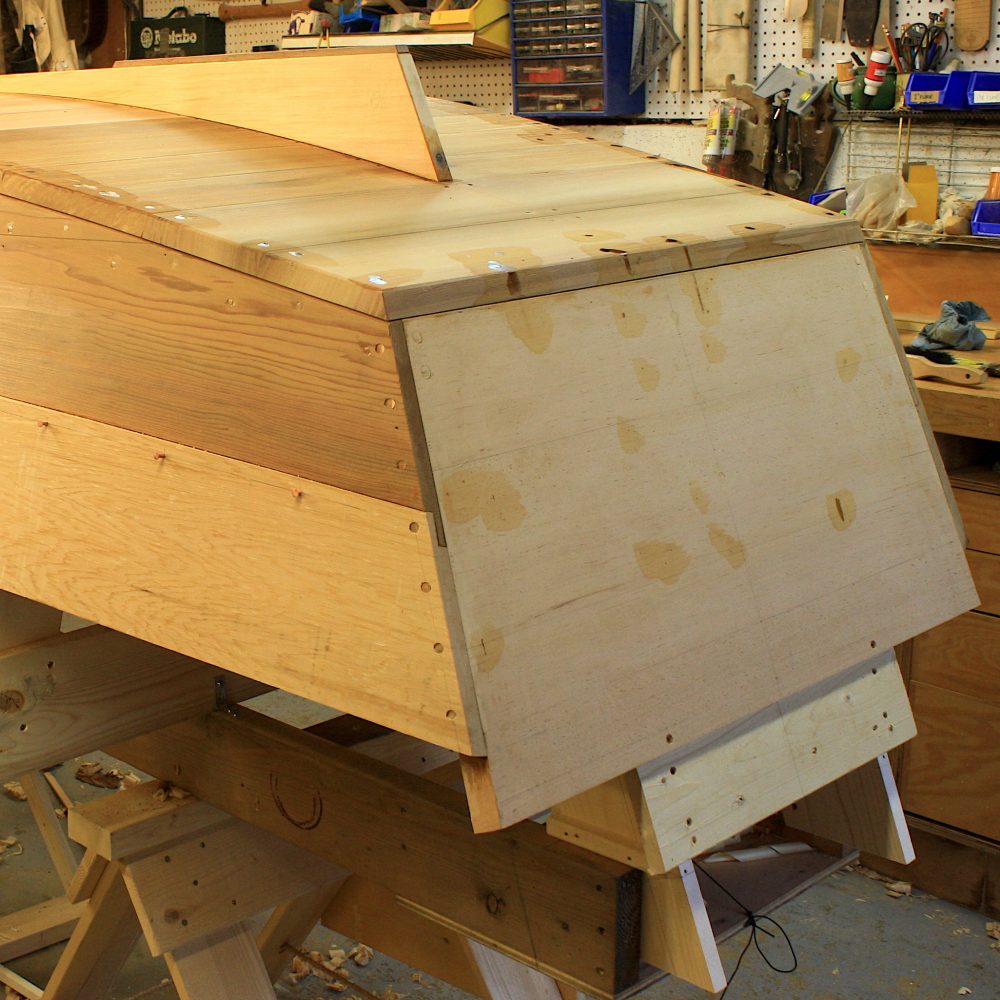