In this episode we get into a traditional method of scarfing planks. This would only be used for solid wood and not for plywood. This method is intended for fastening the scarfs in place on the boat with tacks rather than glue.  This is theoretically faster than fastening at the workbench and in a repetitive volume environment and I believe that to be true.

In a nutshell, the primary difference is that we do not initially bring our outer scarf to a feather edge. Instead we leave 1/6”-1/8” of meat on it. Then reduce that edge to a feather by planing it back for a short distance from the outside.  The purpose is twofold. First, it would be hard to get a flat feather edge to close up and secondly, it will tend to look a little flat. By changing the geometry of this feather edge we increase the pressure that the fastenings can exert on it and the shaping puts a slight curve into in the area of the scarf matching that of the outer surface of the plank.

Now because of the width of these planks plus the amount of shape in the sides of the dory I chose to glue it up on the bench.

By using this traditional scarfing method I was able to dress off the extra meat and get a nice sharp clean line where my scarf feathers out rather than the undefined line that is the usual result of a typical flat scarf.

The other option I could have employed is using a hooked scarf, which I have done on other projects but that requires a good bit of additional time. 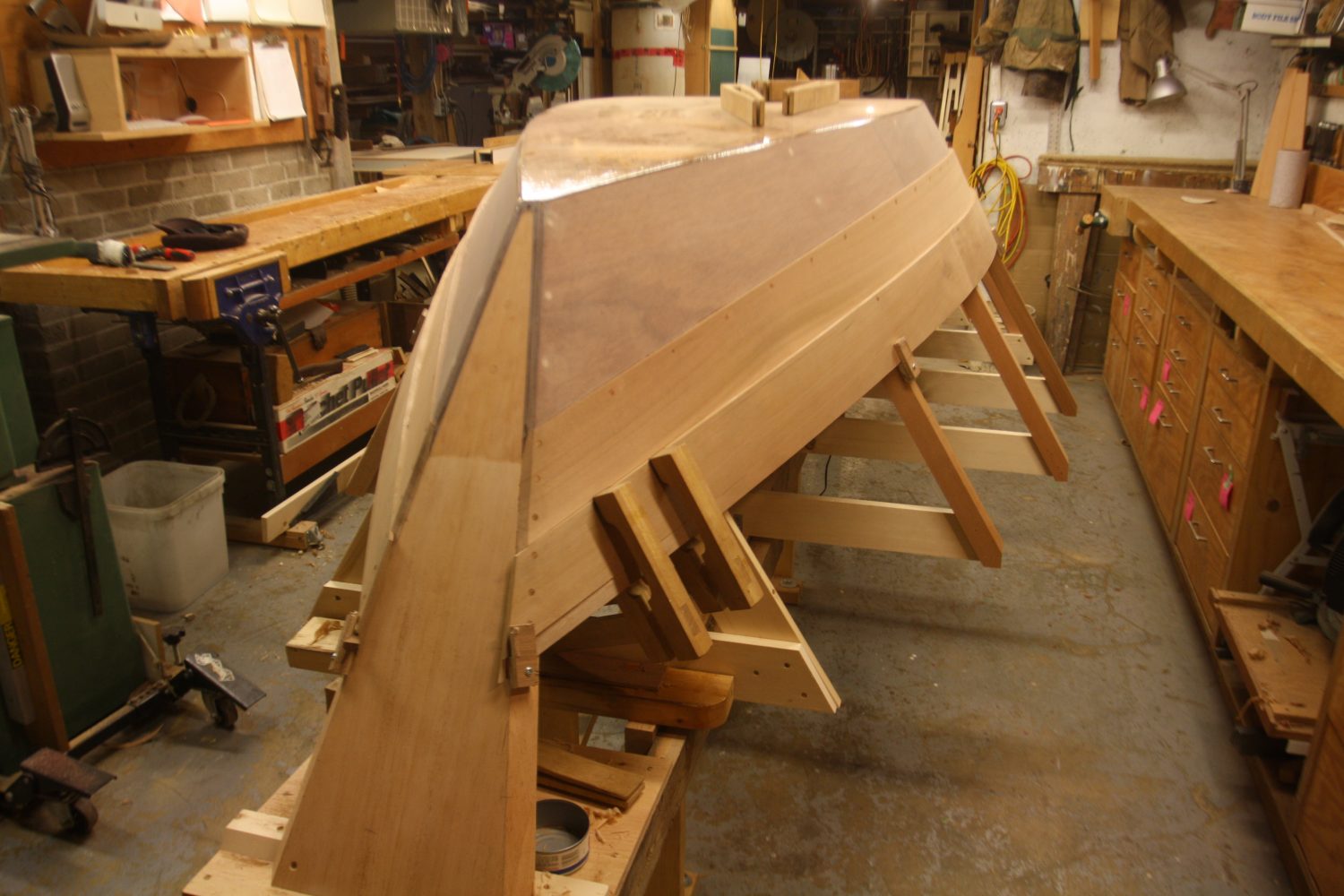 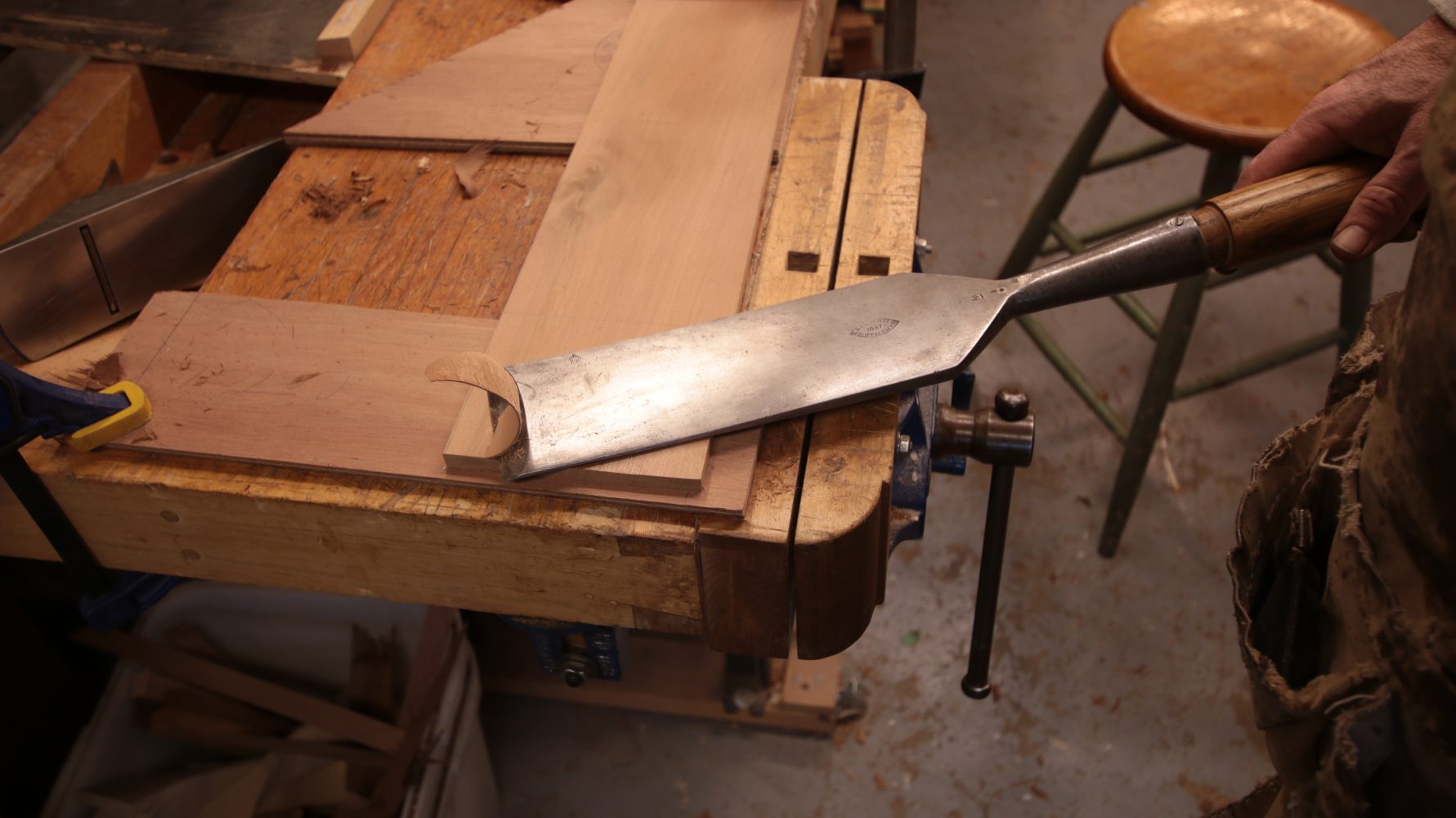 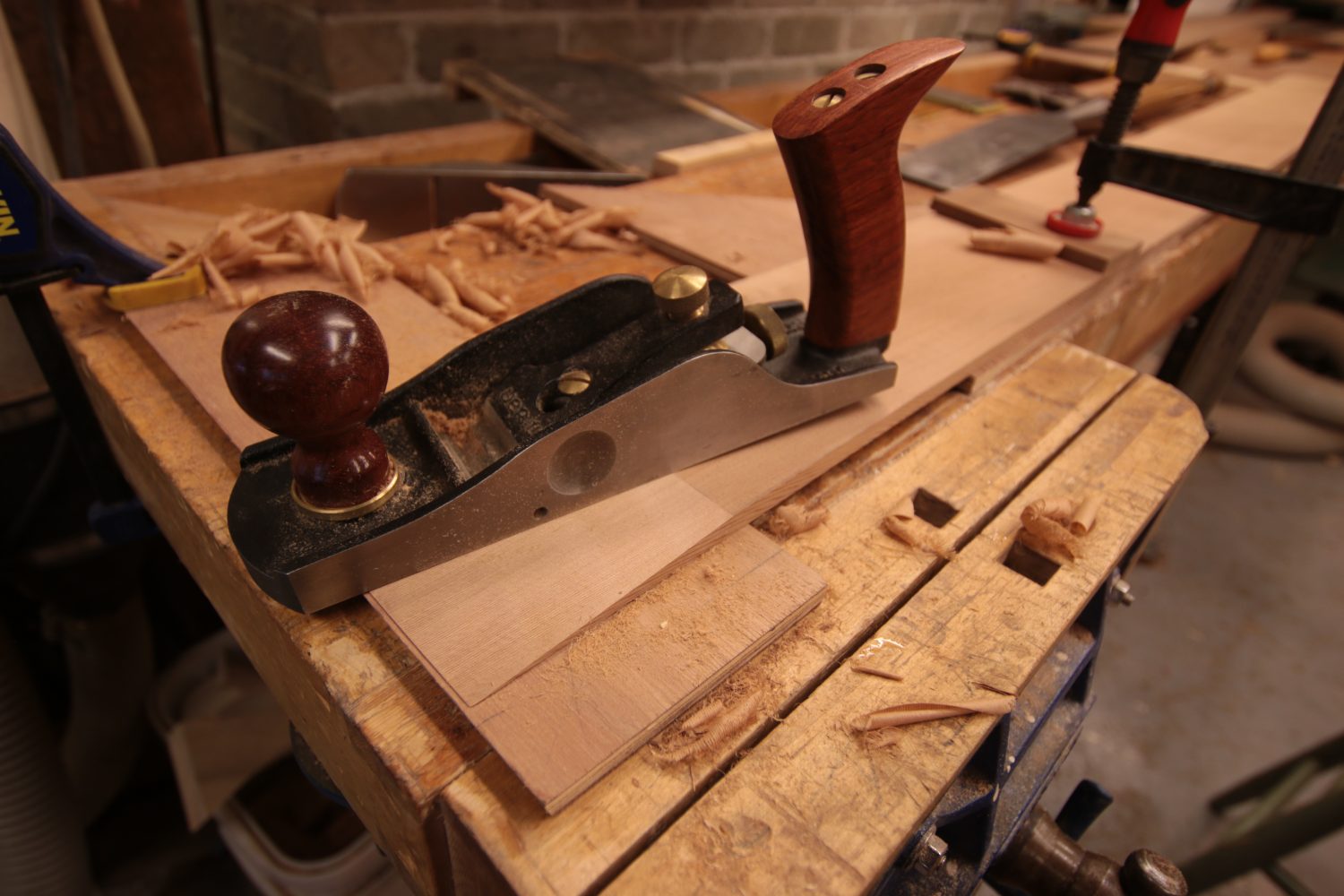 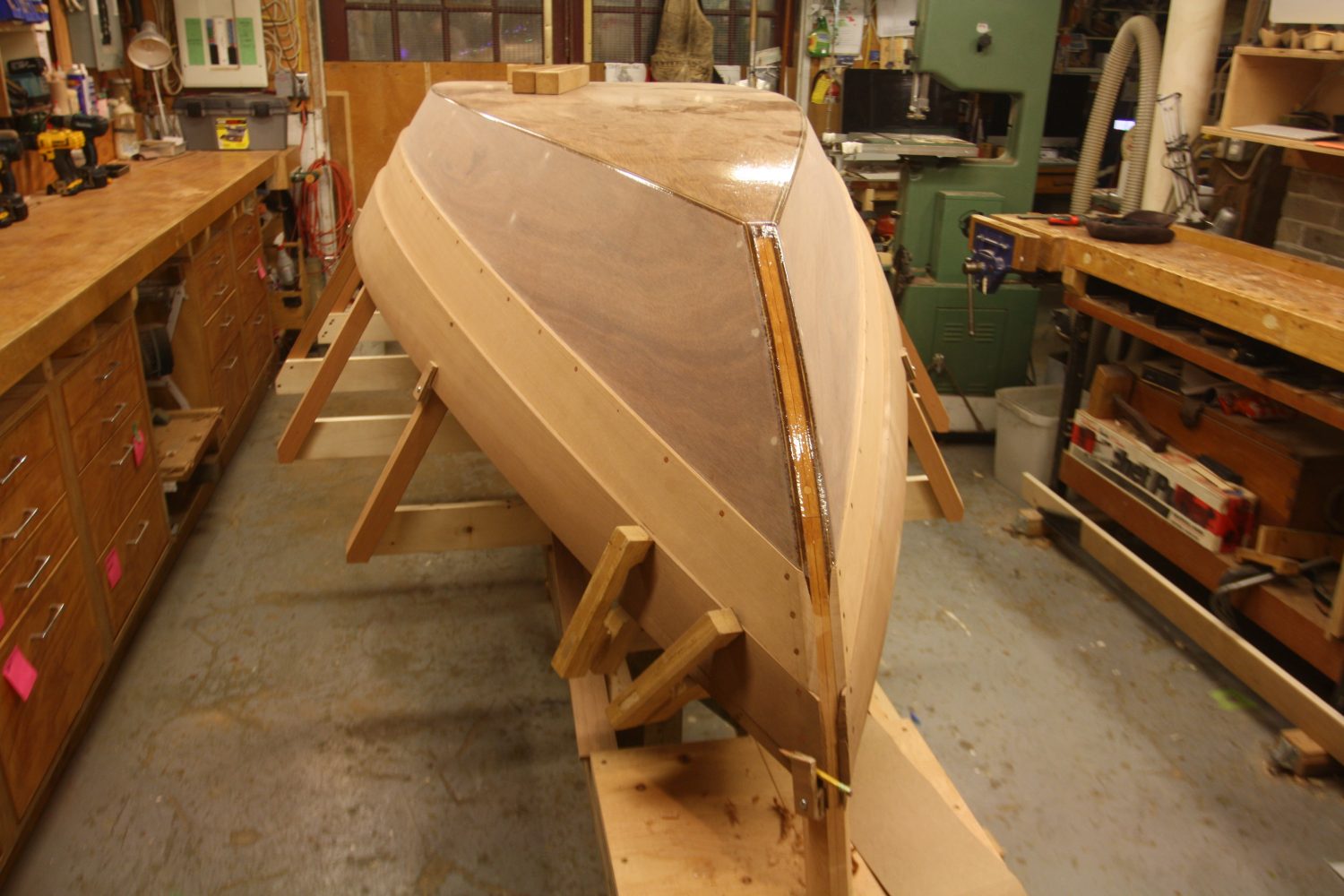