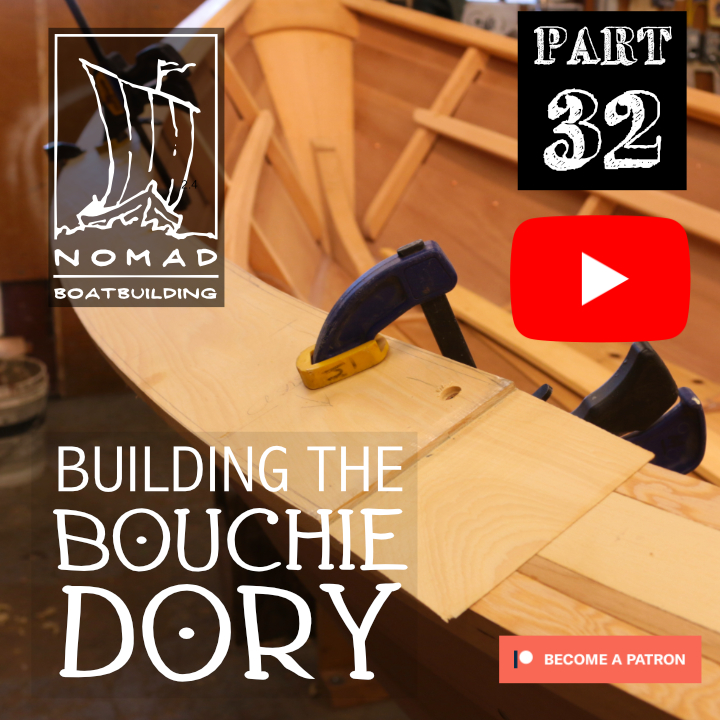 You may notice that the subject of anchor stocks popped up again on this video. I think we covered enough of that in the stem posting recently so let’s instead quickly discuss the alternative scarfing method I used on these cap rails, the single nibbed scarf.

You probably won’t come across much mention of this. Indeed, I have never really seen others use it too much but I use it quite a bit.

There are two primary situations in which I use it. The first is when I want a scarf with enough thickness on the outboard face to hold a fastening near its edge. This might be for a plank repair or I often use them on rubrails where I fear a feather edge might pop proud at some point.

The other situation is when I want a nice clean joint that might show through varnish or even paint. I especially like using them on a rounded moulding where the feather edge might look unsightly. Again, on a rub-rail or toe-rail for instance but I have also used them on lapstrake planking, putting the nib to the outside.

Now why just one nib instead of two? well its just that much faster to only have to worry about cutting one haunch and I often use these when the backside is captured against another surface where the nib is unnecessary.