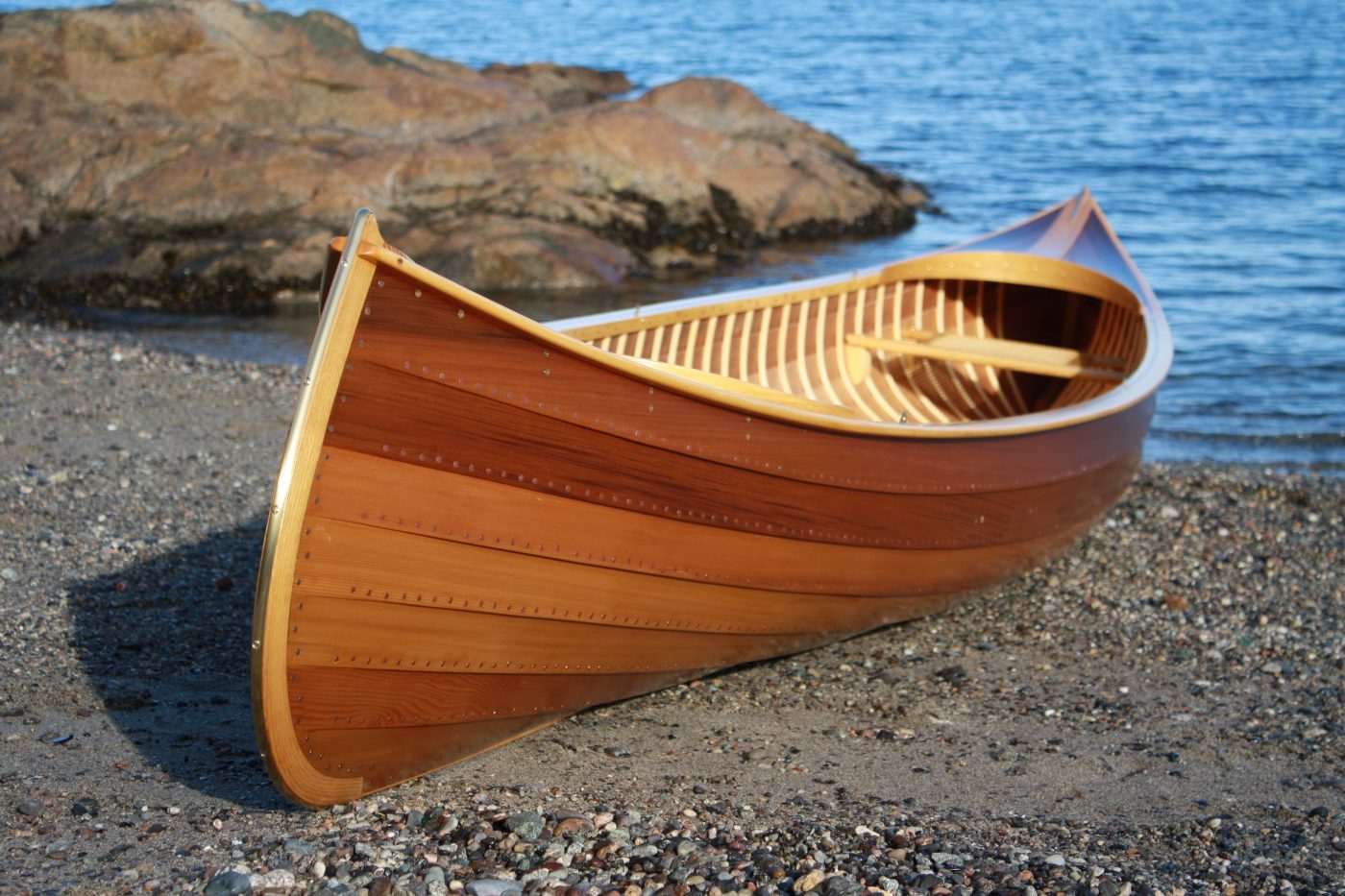 This is an example of a classic Canadian canoe form fashioned using the lapstrake or clinker-construction method. The individual planks overlap each other by 1/2″ and are fastened together with small copper tacks that are clenched over on the inside. Water-tightness is achieved by nothing more than good joinery and swelling of the planks.

The hull is constructed with a Black Locust backbone, Western Red Cedar planking and Yellow Cedar framing and trim. All of the fastenings are copper, bronze or brass.

We built this canoe for permanent display at the Vancouver International Airport, along with an Inuvialuit kayak, which hangs alongside it.

Canoes built by this method are not well-known because they were eclipsed by mass-production building methods such as cedar-strip and cedar-canvas construction. Very few examples of pre-1900s planked canoes exist. This particular design was developed by
well-known builder J. Henry Rushton of Canton, N.Y., in the late 1800s. The Canadian Ugo was just one of several Rushton designs that draw on Canadian-style open canoes, since open canoes were not common in the U.S. at the time — most builders were constructing decked-over models. More famous is Rushton’s cedar-canvas “Indian Girl” model. It’s an example of how strongly this quintessential craft is associated internationally with Canada.

When royalty comes to visit Canada, we have often given them the gift of a hand-crafted canoe. 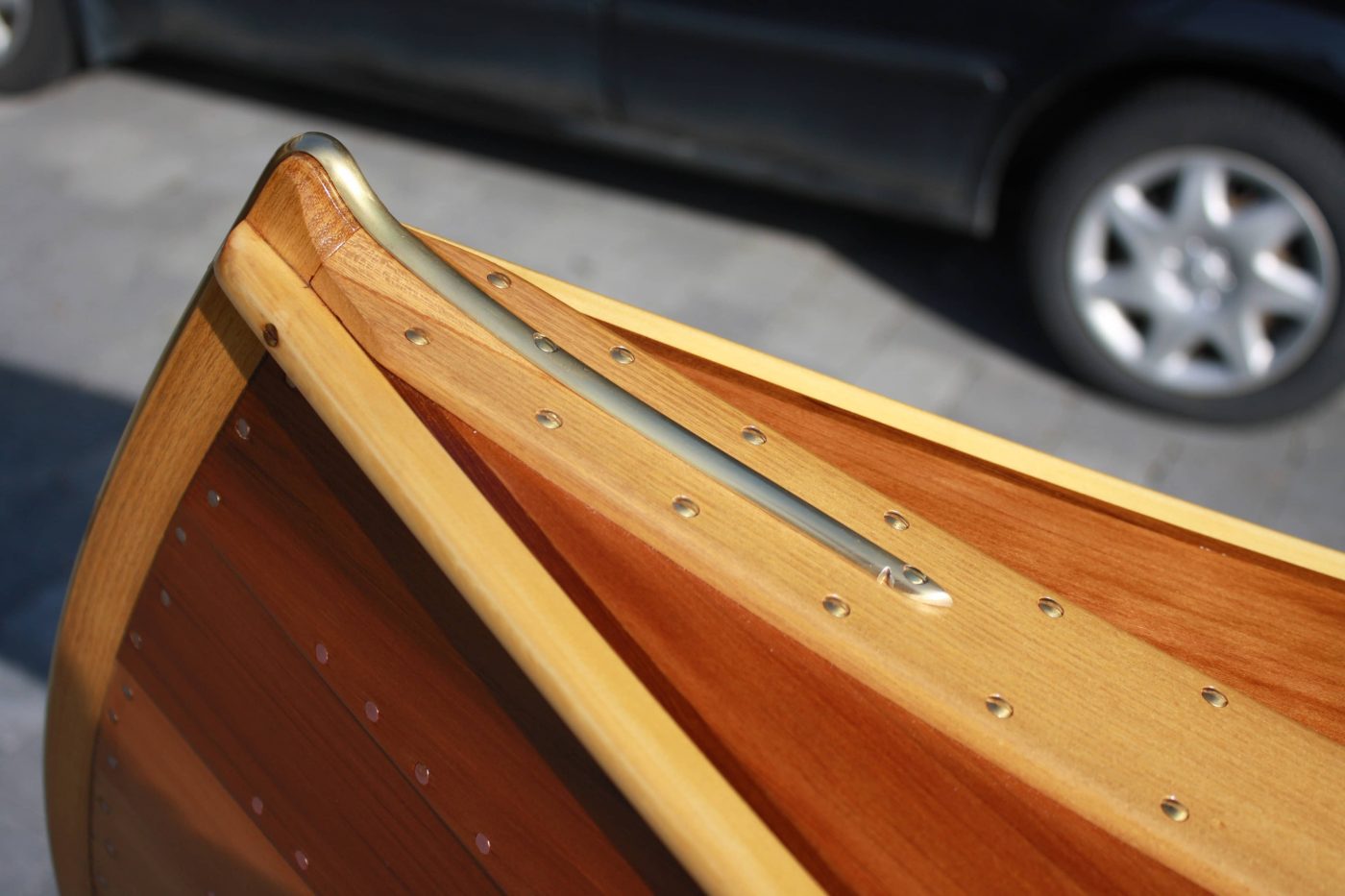 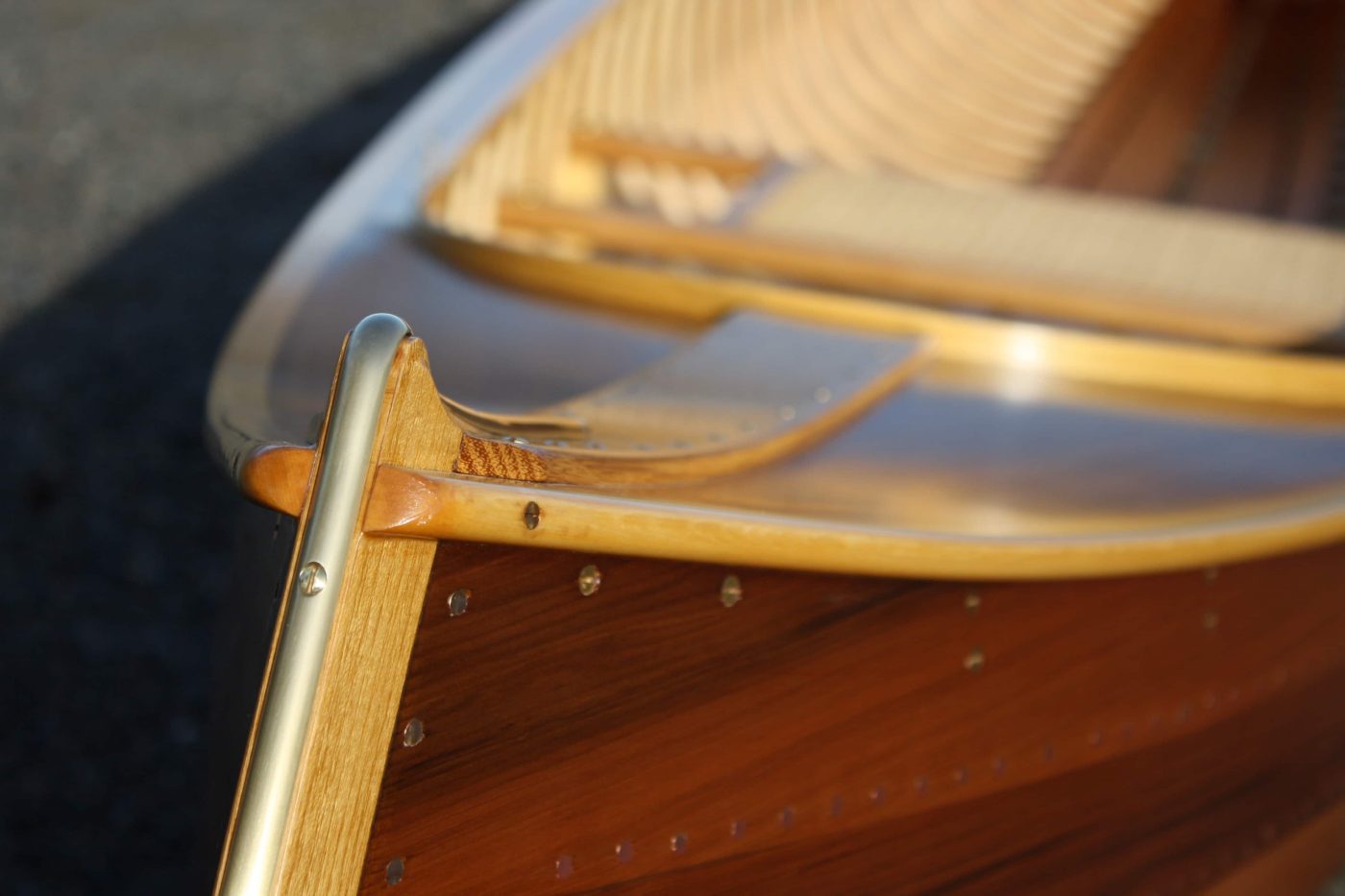 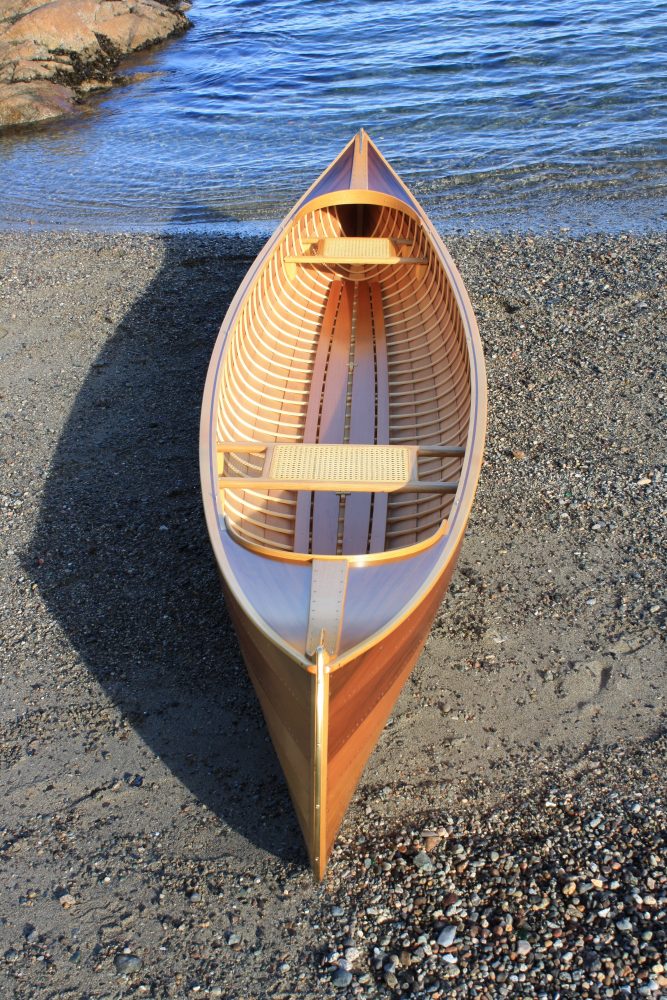 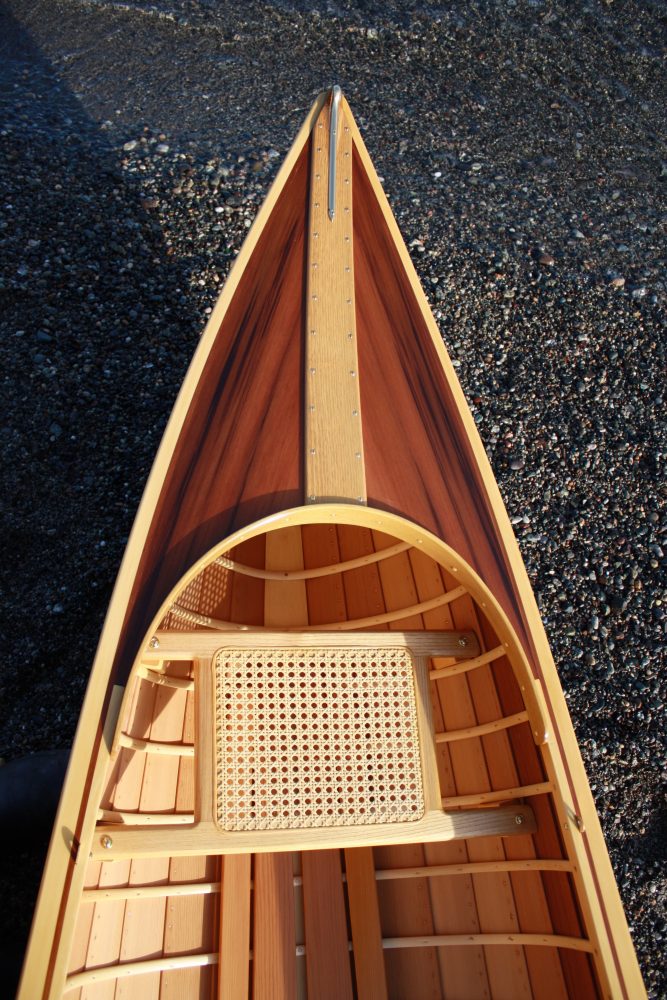 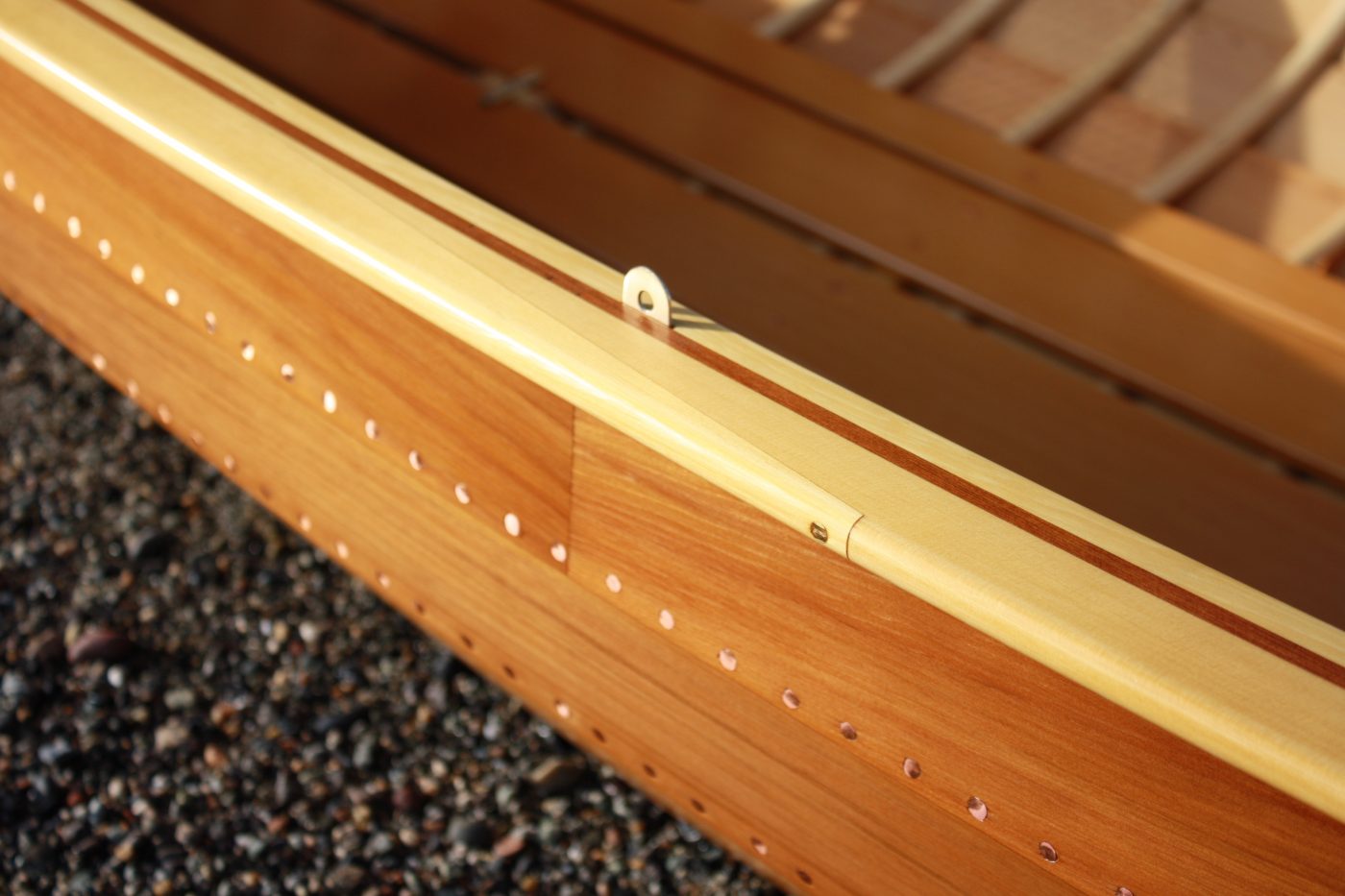