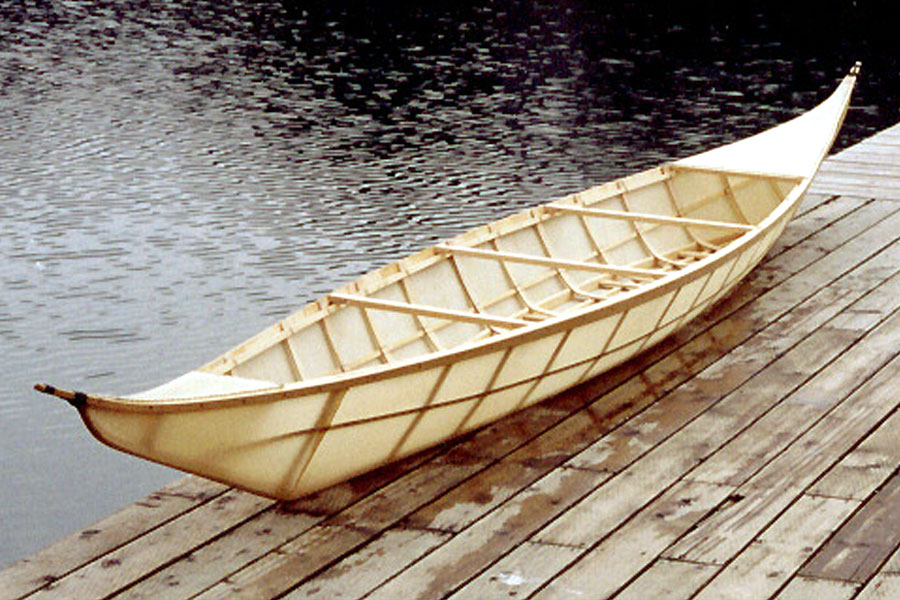 This is a skin-on-frame interpretation of an Athabaskan bark canoe. Indigenous to the upper Yukon River region, these boats were the standard for muskrat trappers. This narrow, flat-bottomed canoe was developed for solo paddlers to move large amounts of gear along shallow waterways. They were usually propelled with two short poles, paddles being used mostly for deeper water and crossings.
This canoe was built in collaboration with my former shopmate Robert Morris, author of Building Skin-on-Frame Boats. We built several of these for a client in the Yukon who was leading a river excursion for high school students. We had a couple of the students assist in the build. This example was widened to 18” on the bottom and is 18’ overall. 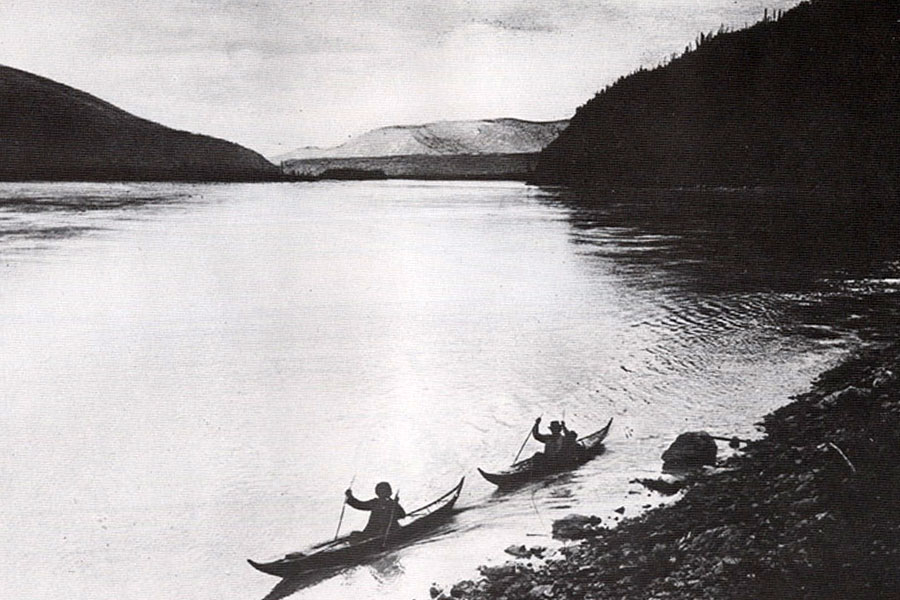 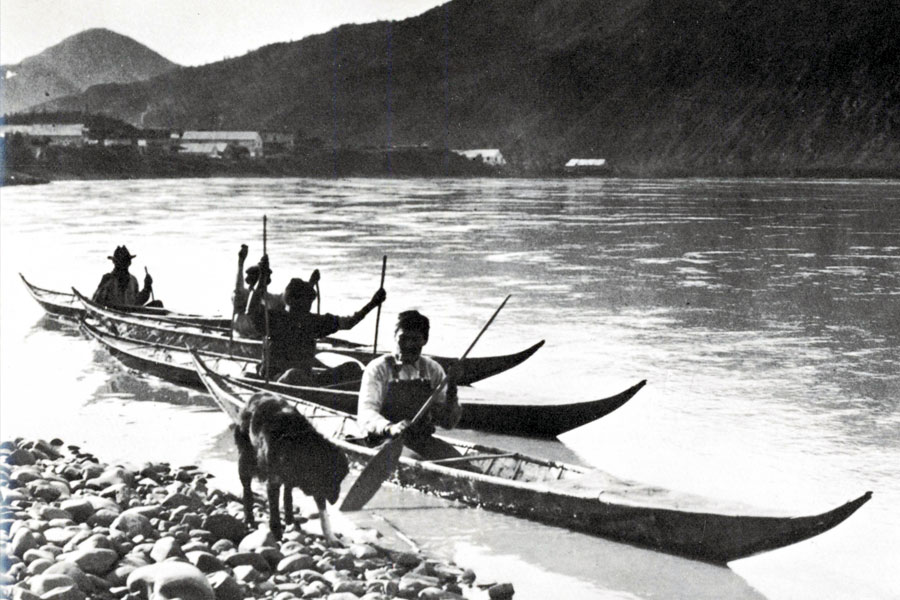 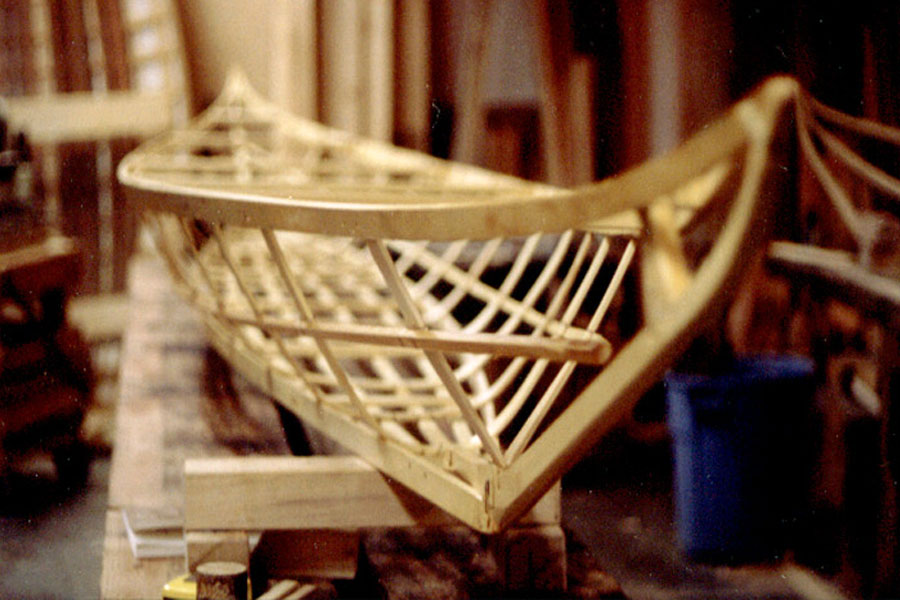 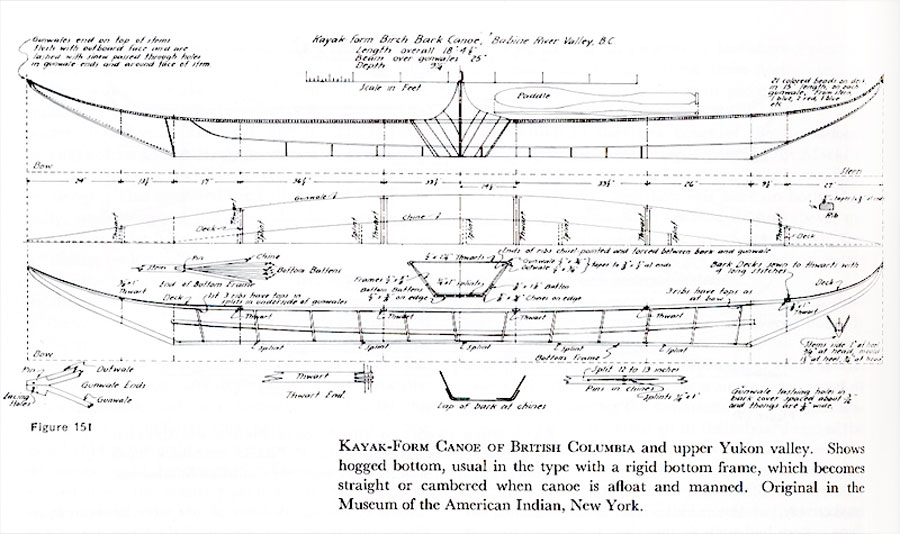 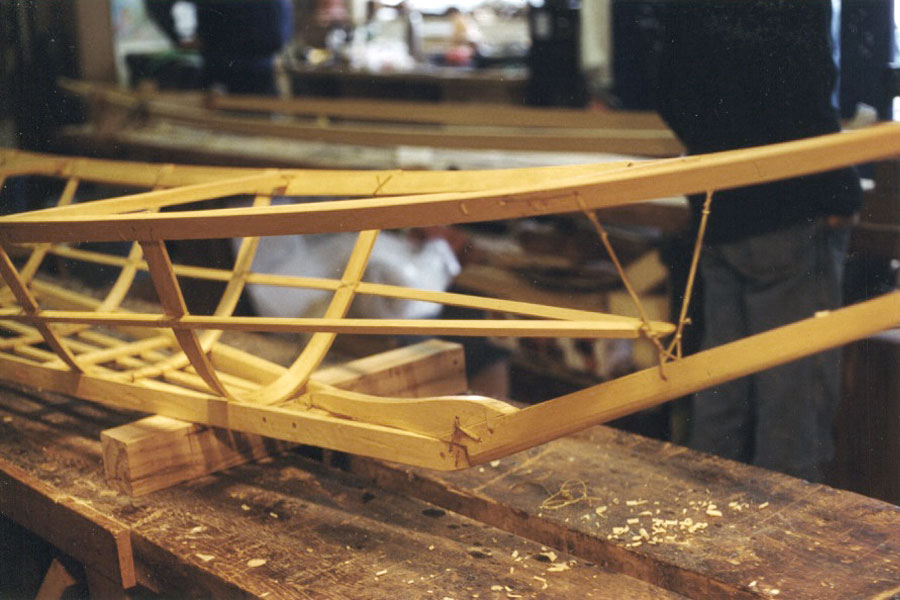 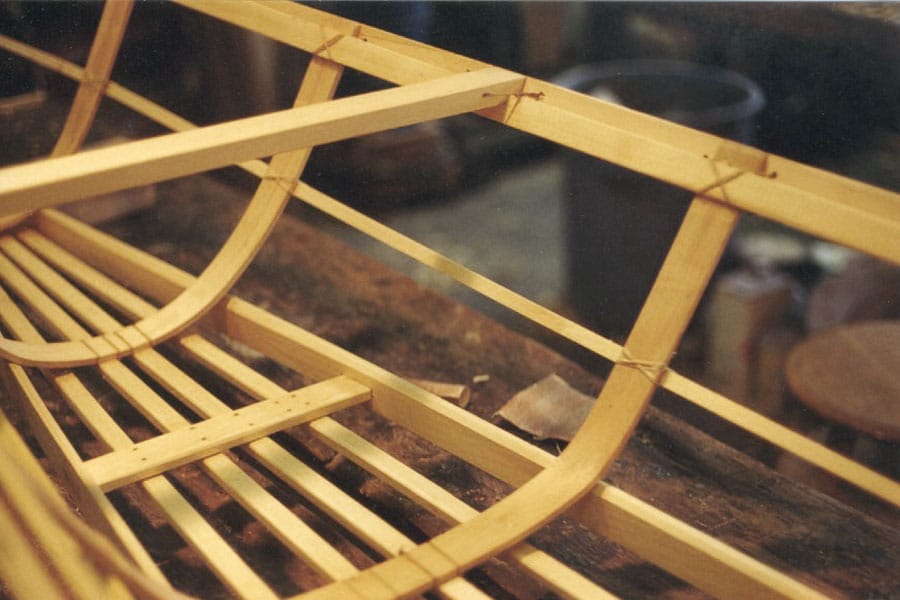