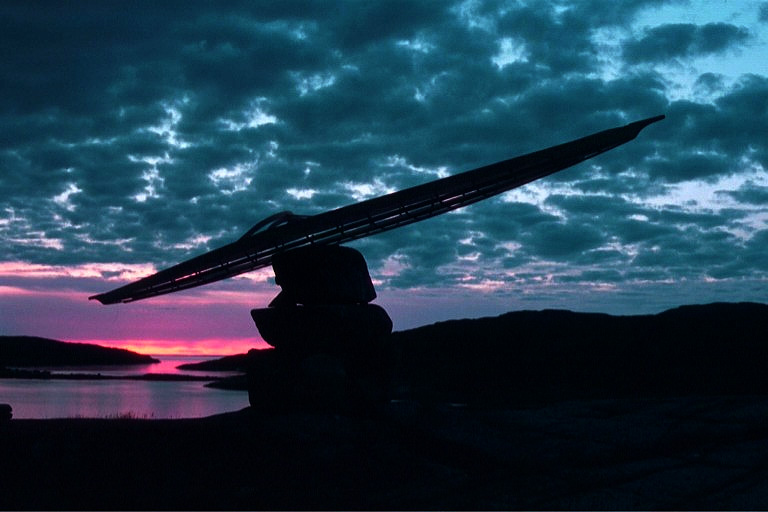 In September 2000, my shopmate Robert Morris, author of Building Skin-on-Frame Boats, and I travelled to the hamlet of Kugaaruk (formerly Pelly Bay) in central Nunavut to take part in an exchange of kayak-building skills with three elders of that community.  Over the course of two weeks, we built two Netsilikmeot pattern kayaks with the co-operation of elders Josie (Angutinngurniq), Gino (Akkaq) and Otto (Apsaktuan) and three local teenagers, who also provided translation.  The trip was intended to lay the groundwork for a unique tourism venture in which clients would travel to a remote location on the tundra approximately one hour from Kugaaruk, where they would build their own kayaks under the tutelage of the elders.

Robert and I would provide the building supplies and be on hand as building assistants and cultural liaisons.  The youth would also assist the elders and provide translation for the participants.

Robert and I returned the next year to do a dry run in which the participants were locals or individuals temporarily living in Kugaaruk. Six kayaks were built this time, all remaining in the community for future use and reference.

The third year, we set up a kayak-building camp on the tundra and ran a building session with two southern participants. The variable Arctic weather and problems with support staff made the task a challenge, but we completed two boats and the experience was enjoyed by all.

In the end, the goal of a tourist enterprise was not pursued by the locals, but one of the youths involved has provided kayak-building instruction in other Arctic communities. As this was our primary goal, we consider the exercise a success.

The Netsilikmeot kayak was mostly used on lakes and rivers in areas with a very flat topography. The long hull form has a unique reverse sheer, which is intended to reduce windage. These craft were a primary tool for hunting caribou with lances, but they were also employed in the pursuit of seal and whale when sea conditions permitted. 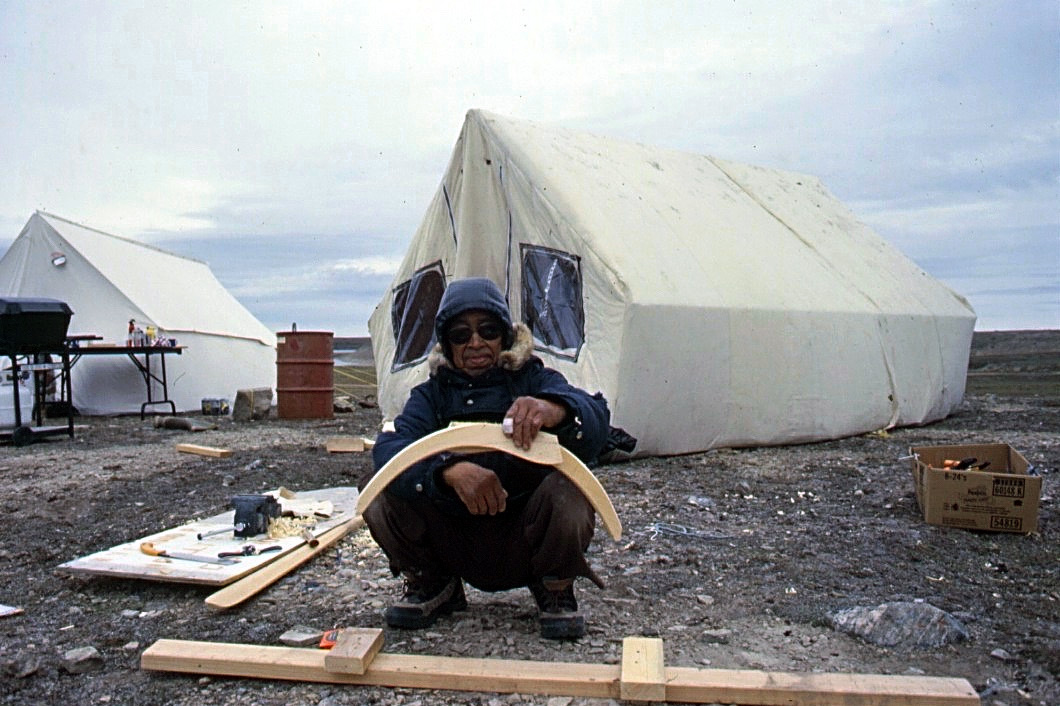 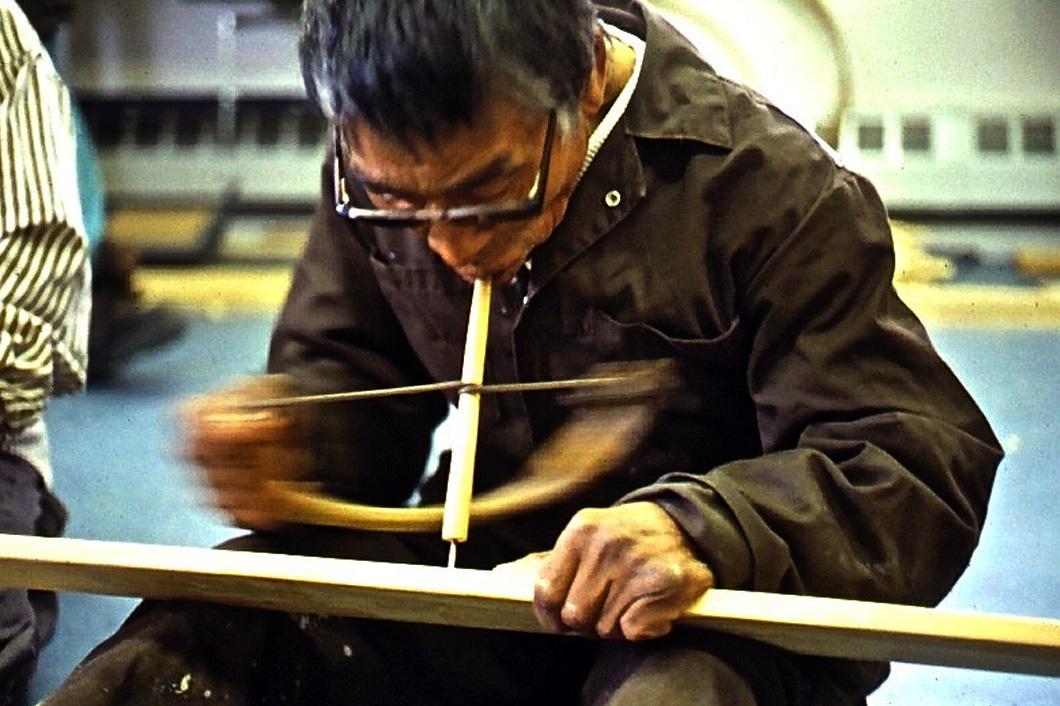 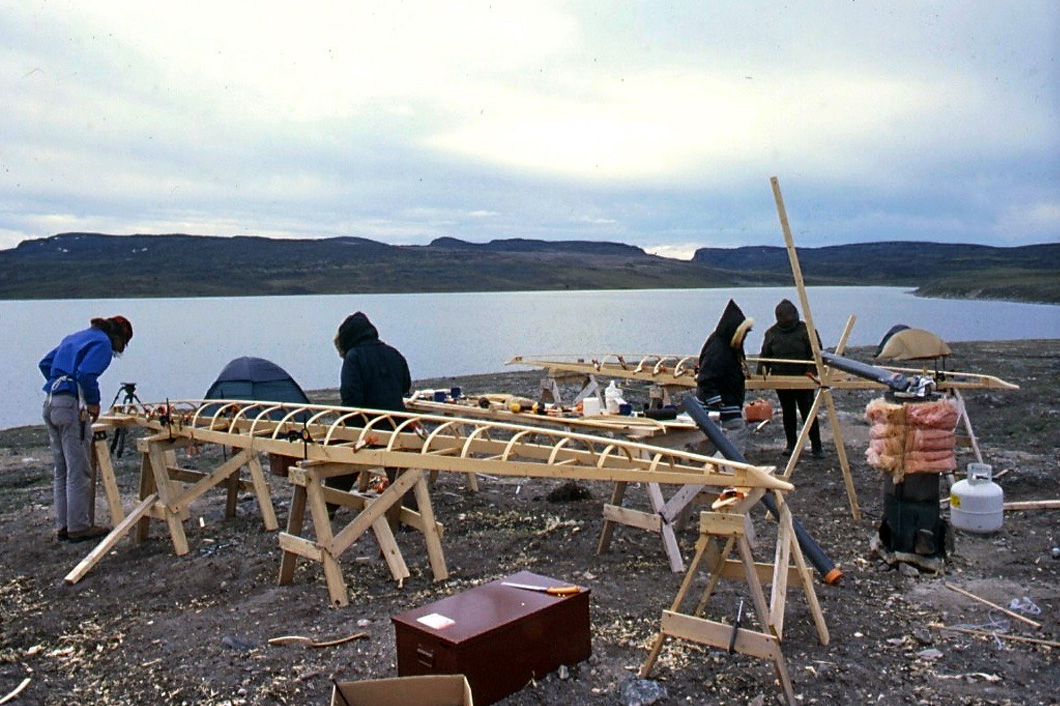 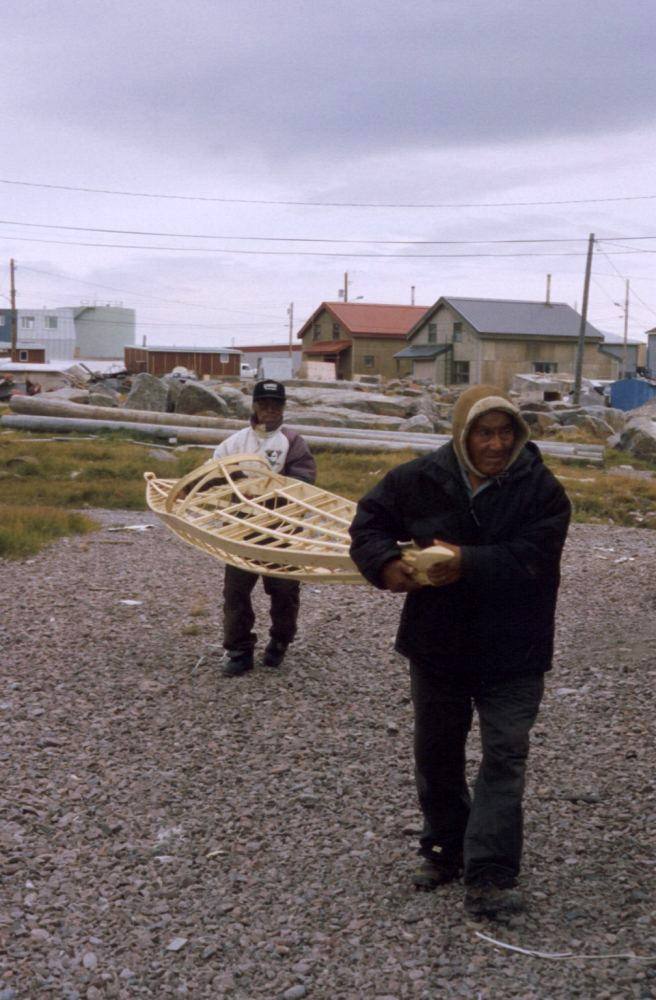 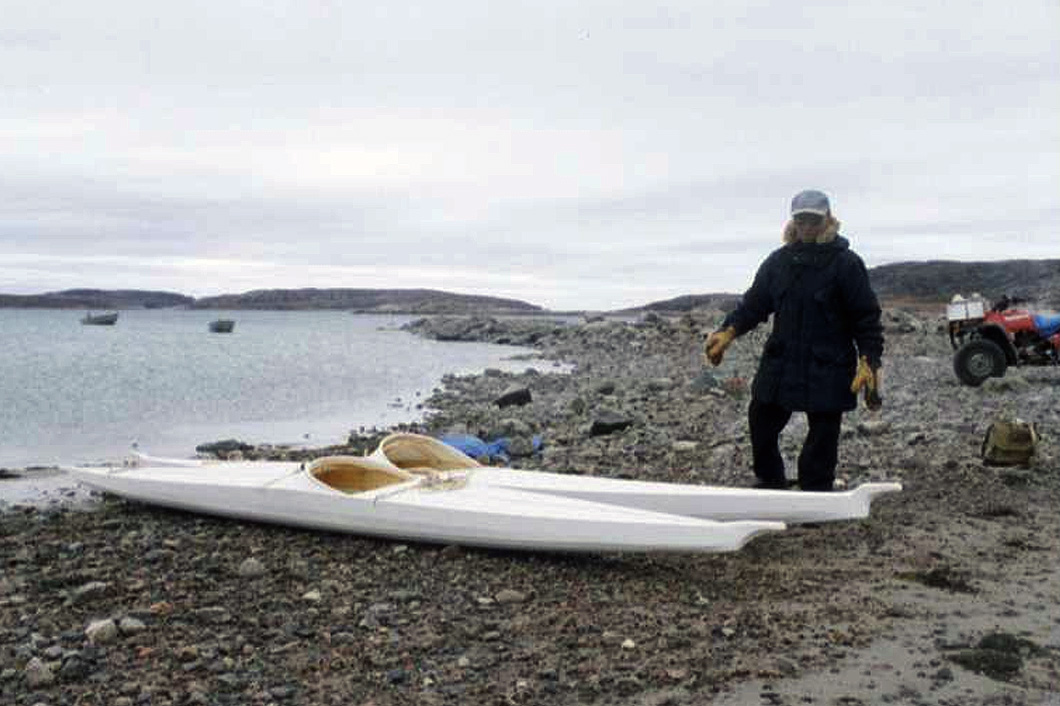 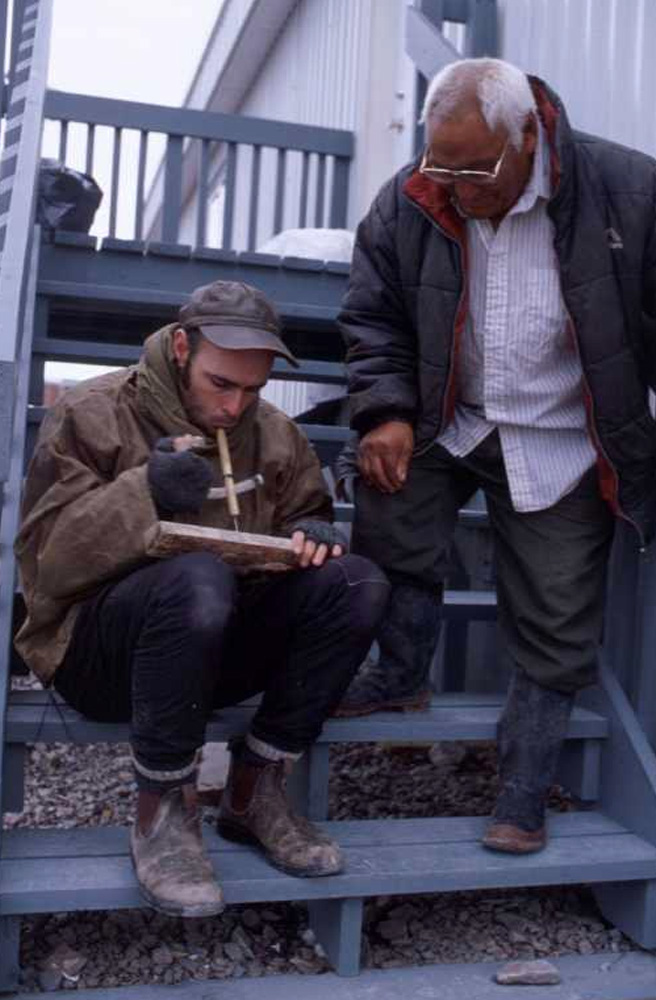 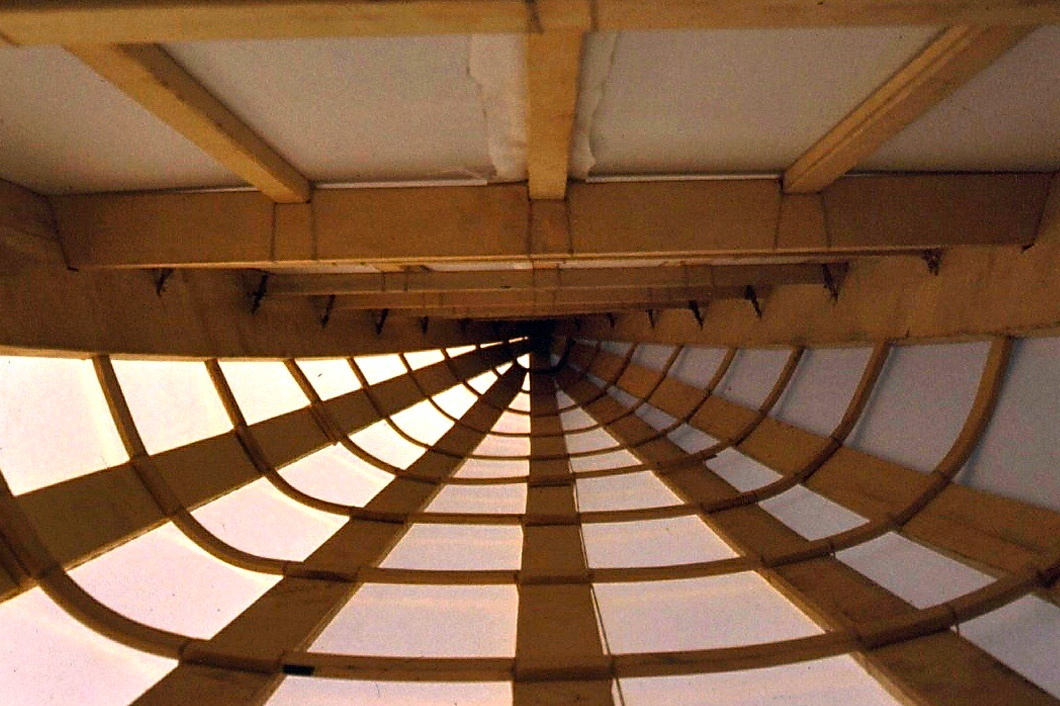 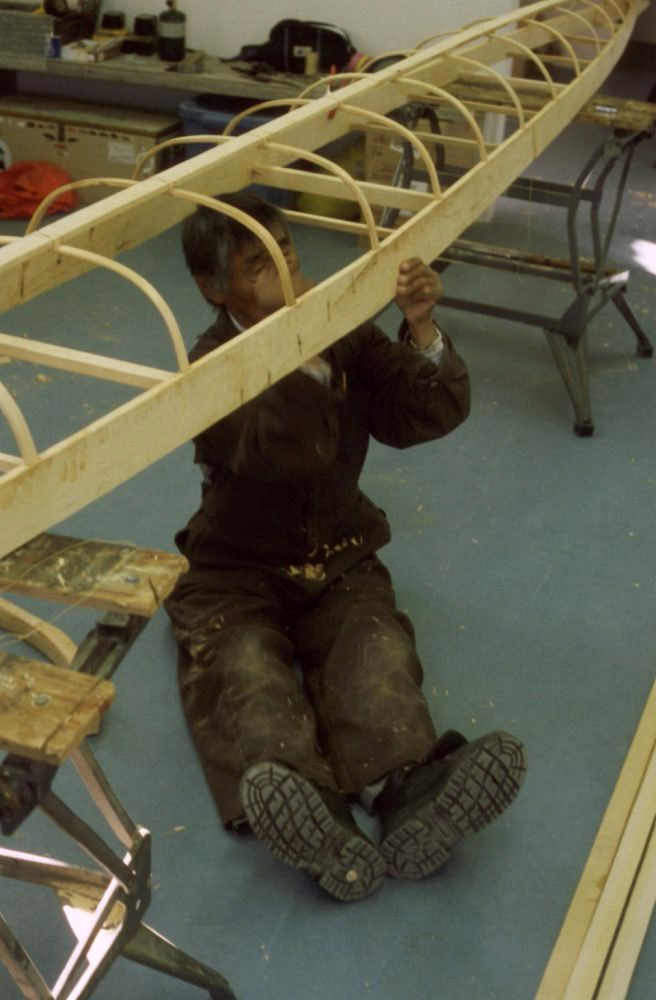 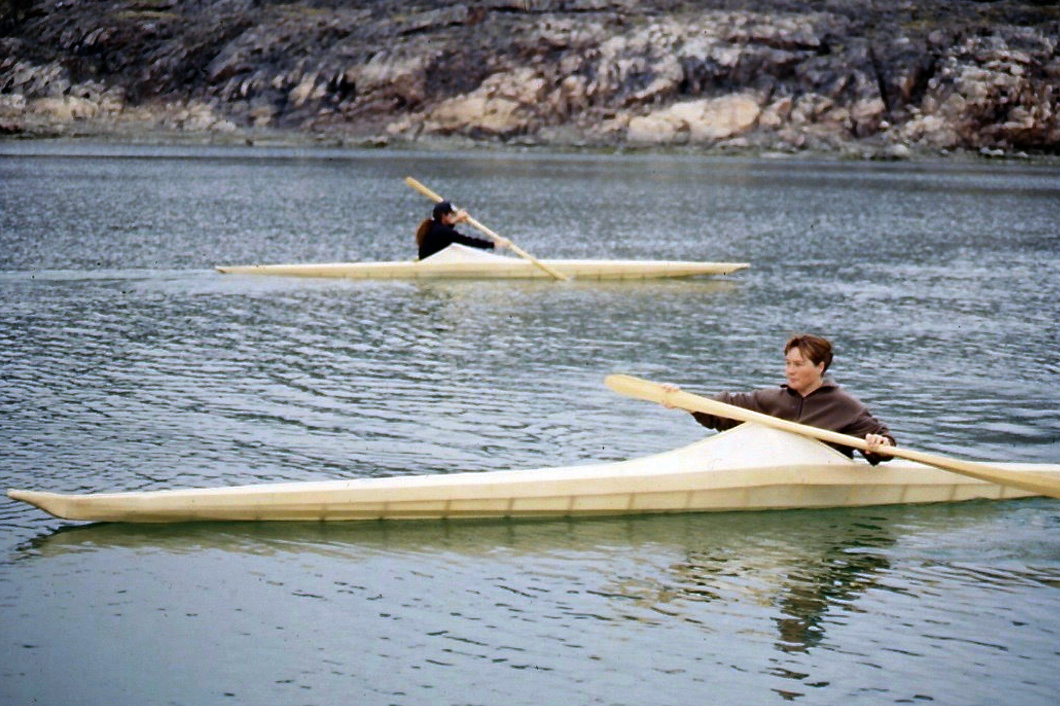 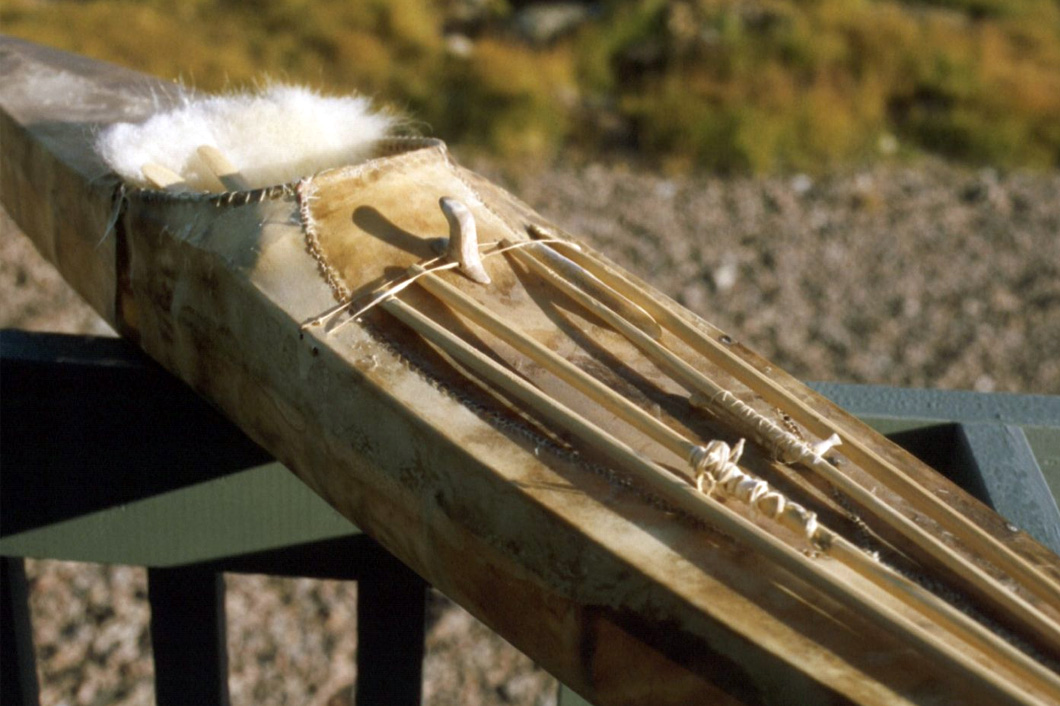 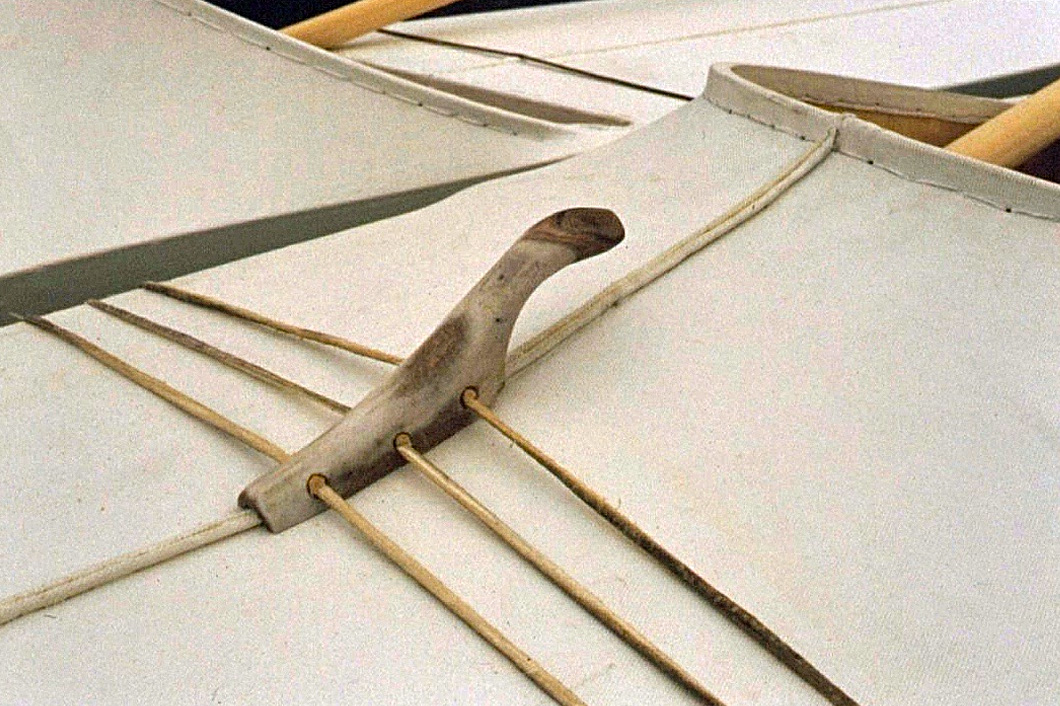